In the case of a school bubble closure or a "lockdown" information on what to do can be found on the Learning at Home pages.

This term our learning will be based around the topic "Into the Wild and into the past". See class 2 home page for details about what we will be focusing on in this topic.

Our maths this term will focus on place value, addition and subtraction.

PE will be on a Monday and Wednesday. Forest school dates will be given on the newsletter and term dates. Please make sure that you have appropriate clothing and footwear for these days.

Please continue to read at home each day, practise your spellings and complete your homework. All homework should be completed in pencil and should be presented beautifully. You will also have a book talk bag to share with your child each week containing one of our "100 books" and some activities to complete.

In the information below please find what is expected in English and Maths by the end of year 2. Also find curriculum coverage for the other subjects.

In year 2 we all recap phase 5 phonics for the first half term using the "Little Wandle" phonics scheme. We then move on to spelling work for the rest of the year, reviewing phonics where needed. All children continue to take part phonics catch up until they are able to pass the phonics screening check and are secure with phase 5 phonics. The children take part in shared reading group 3 times per week which closely match their phonics ability (Phase).

The children take part in daily writing lessons focusing on the objectives below:

- Writes capital letters and digits of the correct size, orientation and relationship to one another and to lower case letters.

- Develops positive attitudes towards, and stamina for, writing, by writing for different purposes.

- Considers what is going to be written before beginning by encapsulating what they want to say, sentence by sentence.

- Makes simple additions, revisions and corrections to writing by: 1. Proof-reading to check for errors in spelling, grammar and punctuation. 2. Segmenting spoken words into phonemes and representing these by graphemes, spelling many correctly. 3. Learning new ways of spelling phonemes for which one or more spellings are already known; and learn some words with each spelling, including a few common homophones.

- Uses the correct choice and consistent use of present tense and past tense throughout a written piece.

Class reads and books to support topics are carefully selected to inspire a love of reading in all the children. The pupils also have access to 200 pre-selected books throughout KS1 that they are able to take home and share with parents in addition to their reading and shared reading books.

The children take part in a shared reading group 3x per week in addition to their phonics sessions focusing decoding, prosody and comprehension. They focus on the objectives below:

- Reads accurately by blending the sounds in words that contain the graphemes taught so far especially recognising alternative sounds for graphemes.

- Reads accurately words of two or more syllables that contain the same graphemes as above.

- Reads most words at an instructional level 93- 95% quickly and accurately without overt sounding and blending, when they have been frequently encountered.

- Re-reads thee books to build up their fluency and confidence in word reading.

- Develops pleasure in reading, motivation to read, vocabulary and understanding by: 1. Listening to, discussing and expressing views about a wide range of contemporary and classic poetry, stories and non-fiction at a level beyond that at which they can read independently. 2. Discussing the sequence of events in books and how items of information are related. 3. Becoming increasingly familiar with a wider range of stories, fairy stories and traditional tales. 4. Re-telling a range of stories, fairy stories and traditional tales. 5. Being introduced to non-fiction books that are structured in different ways.

- Understand both the books they can already read accurately and fluently and those that they listen to by: 1. Checking that the text makes sense to them as they read and correcting inaccurate reading. 2. Answering questions. 3. Predicting what might happen on the basis of what has been read so far. Participates in discussions about books, poems and other works that are read to them and those they can read for themselves, taking turns and listening to what others say. 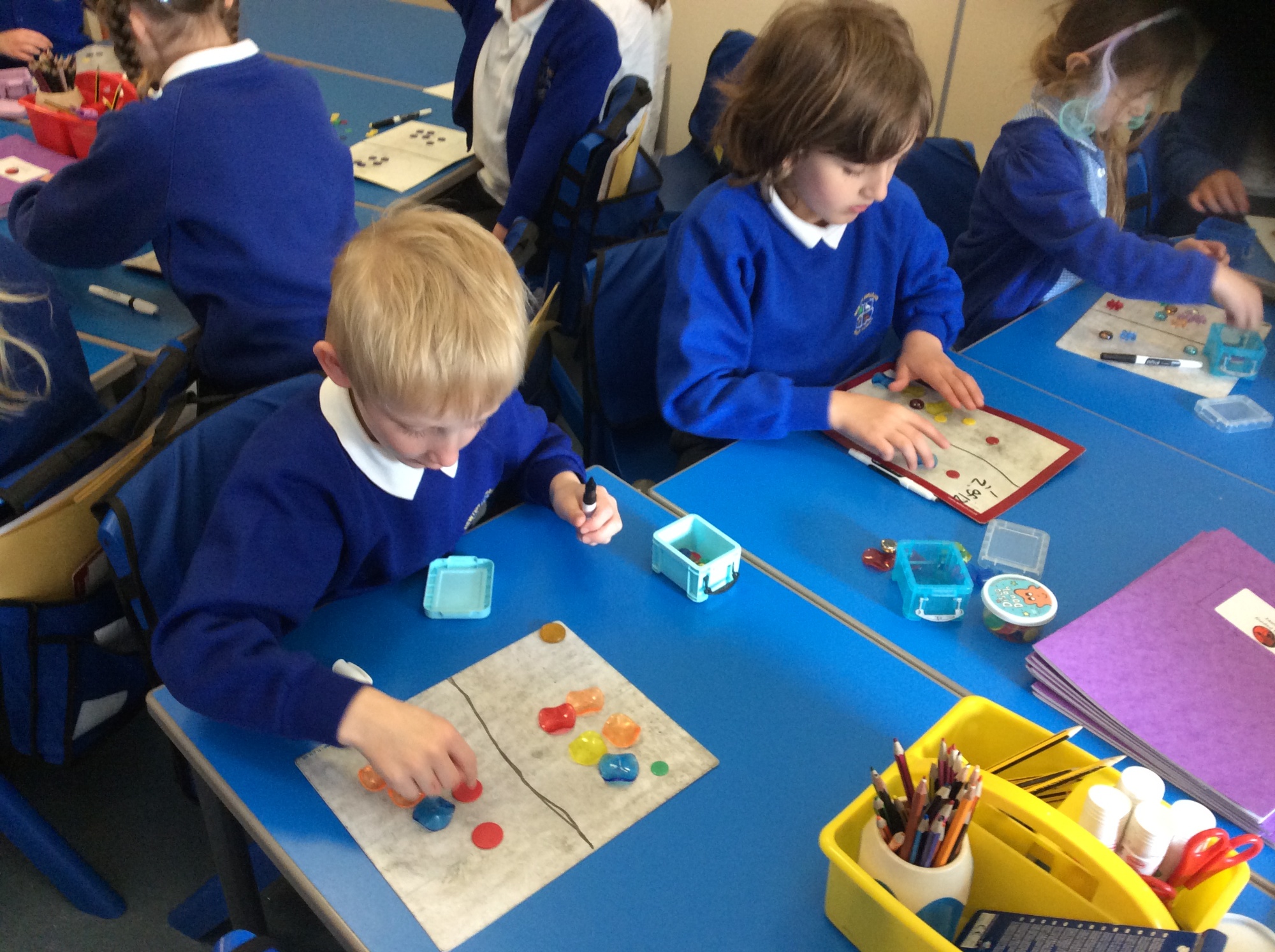 The children take part in daily maths lessons where they are taught to:

- Recognise the place value of each digit in a two-digit number (tens, ones)

- Use place value and number facts to solve problems.

- Solve problems with addition and subtraction:

- Use concrete objects and pictorial representations, including those involving numbers, quantities and measures

-Apply their increasing knowledge of mental and written methods

- Recall and use addition and subtraction facts to 20 fluently, and derive and use related facts up to 100

- Recognise and use the inverse relationship between addition and subtraction and use this to check calculations and solve missing number problems.

- Show that multiplication of two numbers can

- Solves simple problems in a practical context involving addition and subtraction of money of the same unit including giving change.

- Uses mathematical vocabulary to describe position, direction and movement including movement in a straight line and distinguishes between rotation as a turn and in terms of right angles for quarter, half and three-quarter turns (clockwise and anti-clockwise).

- Asks and answers questions about totalling and comparing categorical data. 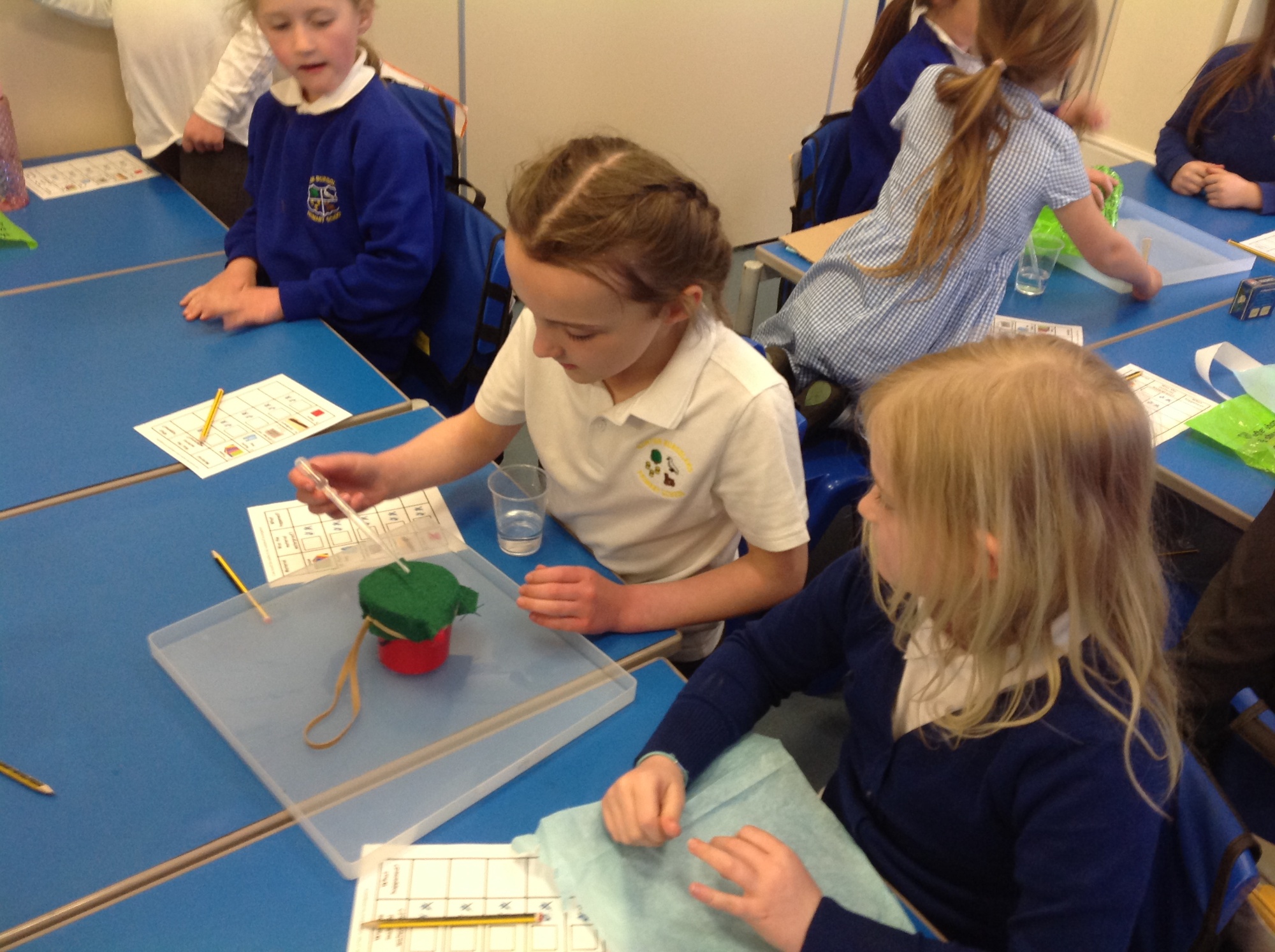 During years 1 and 2, pupils should be taught to use the following practical scientific methods, processes and skills through the teaching of the programme of study content:

Living things and their habitats

 changes within living memory. Where appropriate, these should be used to reveal aspects of change in national life

 events beyond living memory that are significant nationally or globally [for example, the Great Fire of London]

 the lives of significant individuals in the past who have contributed to national and international achievements. Some should be used to compare aspects of life in different periods.

 significant historical events, people and places in their own locality. 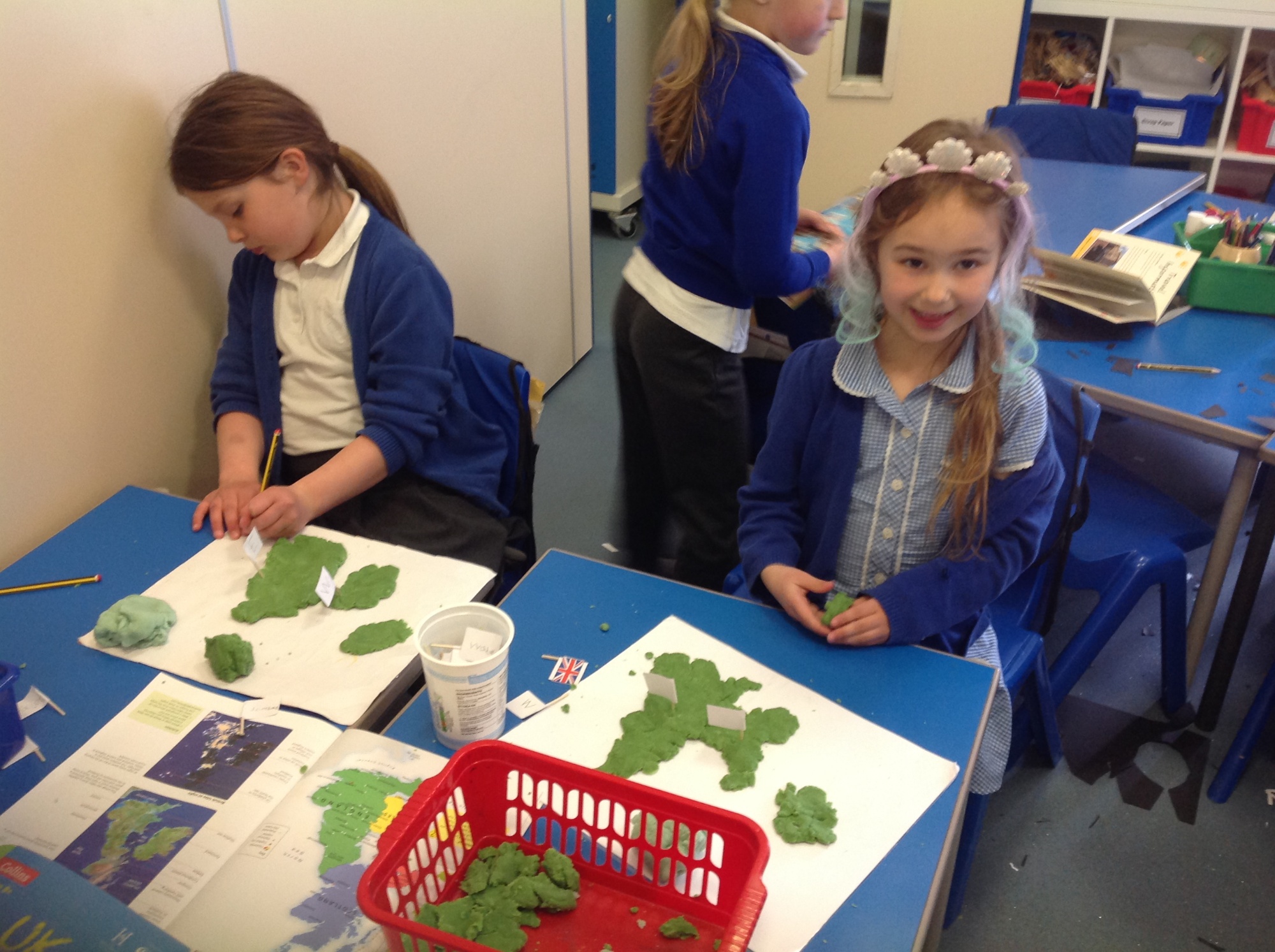  name, locate and identify characteristics of the four countries and capital cities of the United Kingdom and its surrounding seas

 understand geographical similarities and differences through studying the human and physical geography of a small area of the United Kingdom, and of a small area in a contrasting non-European country

 use world maps, atlases and globes to identify the United Kingdom and its countries, as well as the countries, continents and oceans studied at this key stage

 use simple compass directions (North, South, East and West) and locational and directional language [for example, near and far; left and right], to describe the location of features and routes on a map

Pupils will be taught:

 to use drawing, painting and sculpture to develop and share their ideas, experiences and imagination

 about the work of a range of artists, craft makers and designers, describing the differences and similarities between different practices and disciplines, and making links to their own work.

Children should be able to:

• Consider questions and look for answers

We use the Cambridgeshire planning to deliver our PSHCE curriculum.

 master basic movements including running, jumping, throwing and catching, as well as developing balance, agility and co-ordination, and begin to apply these in a range of activities 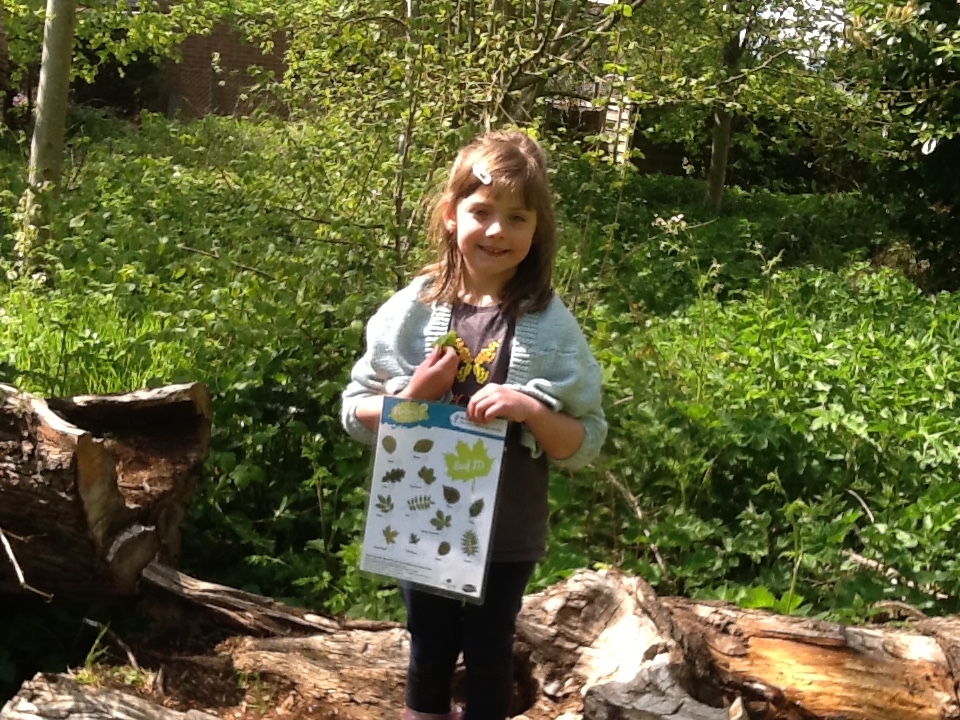